We lost an old friend around here. Squirt, a little half horse. Chance found him dead in the corral this morning….

He wasn’t real pretty, or of great conformation, but he sure made a lot of little cowboys and cowgirls happy over the years….

He was born on this ranch, out of a little Shetland mare. His sire was a half Quarter horse, half Belgian, we had raised and had not gelded as quick as we should have. He and Topsy, the little mare, had a fling and 11 months later, here was this tiny little horse walking around with this little squirt of a horse following her.

Dusty, my nephew, started him when Squirt was 2 and Dusty was about 13. I lead Squirt afoot while Dusty rode him, after a blizzard, and we went thru’ and over quite a few snow drifts to get him comfortable with a rider on his back. Not much longer after that, if Dusty pointed him at a telephone pole Squirt would try to climb it, so to speak. Once Dusty came in soaking wet as he had decided to cross the water in a creek where he didn’t think it was too deep. It was…..

Squirt taught my 3 sons to ride and then moved on to the neighbors kids and then on to Dusty’s son and then on to another set of kids. He came back here a few years ago to train on my grandkids and was doing a good job.

He was never bad about bucking, but would kick up, especially in his later years when he was asked to move at more than a trot. All in all, he was a good feller…

He will be missed. 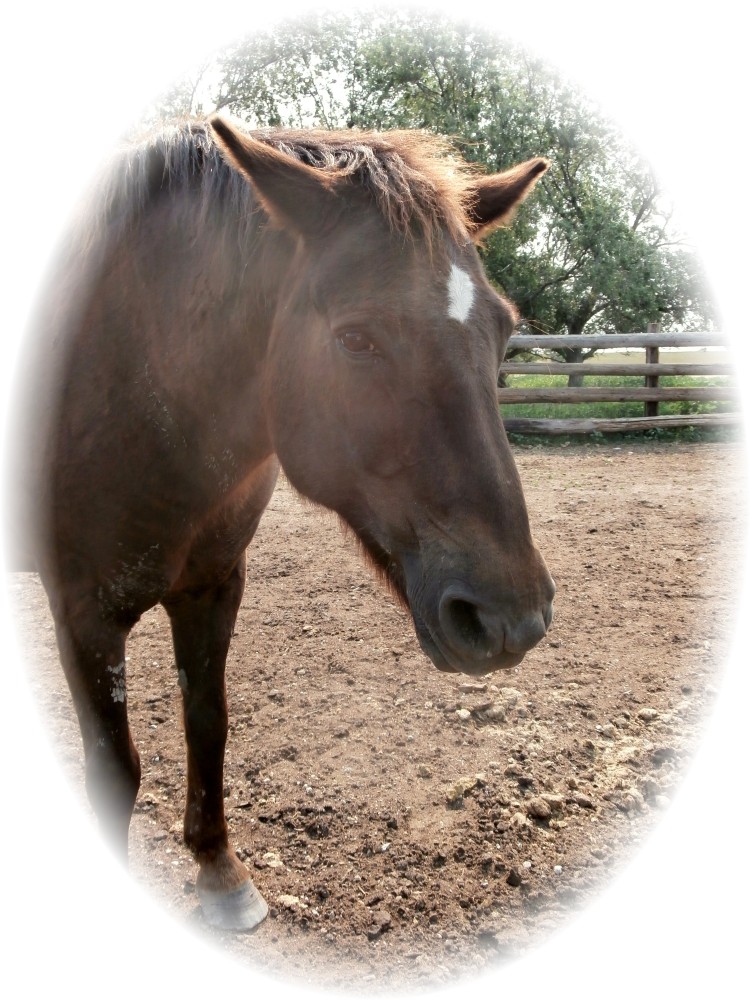